THE MAO CASE by Qiu Xiaolong 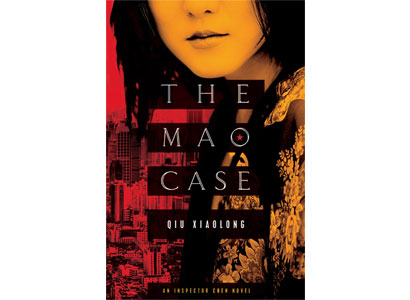 Chief Inspector Chen Cao of the Shanghai Police Department is often assigned cases considered politically “sensitive,” and now the Minister of Public Security insists that Chen personally take on a ‘special assignment.’ Leery of international embarrassment, the party is concerned about rumors related to Chairman Mao. Jiao, the granddaughter of an actress who had a ‘special relationship’ to Mao has moved into a luxury apartment and become involved with a new social set centered around the remnants of pre-Communist Shanghai society. All without any visible means of support.

Worried that Jiao has inherited some sort of artifact that could prove damaging to Mao’s reputation, Chen has been given a few short days to infiltrate her social circle, determine if the feared material exists and, if it does, retrieve it quietly. And if he fails to solve this ‘Mao case, ‘ the consequences will be unpleasant for all concerned.